Tabu opens up on her bond with Ajay Devgan!

Tabu has won millions of hearts with her amazing performances. She has always experimented with her roles in movies. Tabu is one of those actresses in the industry who are versatile. She has made a mark with some prominent performances like- a guilt-ridden Nimmi in Maqbool, a struggling bar dancer in Chandni Bar, or a tough cop in Drishyam. 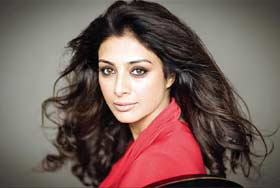 Tabu manages to pull off some really difficult characters with ease. She has played a variety of intense and hard-hitting roles in her career. It was a pleasant surprise for all Tabu fans to watch the damsel in Rohit Shetty’s full-on comedy, Golmaal Again, which crossed the Rs 200 crore mark at the box-office.
Sharing her experience on working with Shetty, she told Mumbai Mirror, “Rohit and I have been waiting to work together and when he told me he wanted to meet me for the next Golmaal, I knew it would be something out of the ordinary. I have that faith in him and my talent.” Tabu’s role in the movie was that of Anna Matthews, a teacher, who could also communicate with ghosts.
The movie also starred Ajay Devgan. Both Tabu and Ajay have worked together in the 90’s. They even worked together in 2015 in Drishyam. Talking about her bond with Devgan she says, “With Ajay, I never feel like I am working.” 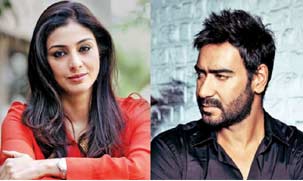 The duo is all set to reunite in Luv Ranjan’s next. The movie is a lighthearted take on relationships and is scheduled to start early next year.
For now, Tabu is focused on Sriram Raghavan’s thriller which also stars Ayushmann Khurrana and Radhika Apte. The film is tentatively titled as ‘Shoot the Piano Player’.
We can never get over with Tabu’s amazing performances. Watching her on the silver screen has always been a delight. She is always so convincing with her roles that you just can’t ignore her while she is on the big screen. However, The gorgeous actress is all set to amaze us with her upcoming movies.