Rajkummar Rao rocked 2017 with some amazing performances in films like ‘Trapped’, ‘Bareilly Ki Barfi’, and ‘Newton’. The talented actor not only impressed the audience but also the critics. And yet again the actor is coming up with another project. The film will star Rajkummar Rao, Shraddha Kapoor in the lead roles. The actor announced the new film with Shraddha on his Twitter account. 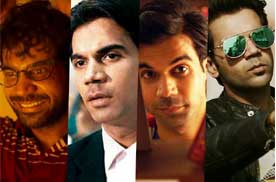 “Super excited to be part of out-of-the-box, raucous horror-comedy! With the super amazing @ShraddhaKapoor. Collaborating with my awesome producer #Dinoo @MaddockFilms, the coolest & quirky duo Raj & DK @krishdk & national award-winning @amarkaushik. Can’t wait to begin.”
The film will be a horror comedy. And after the success of ‘Golmaal Again’ it looks like Bollywood has a new favourite genre. The movies will be directed by Raj & DK. The director-duo has directed films like ‘A Gentleman’ (2017), ‘Go Goa Gone’ (2013) and ‘Shor in the City’ (2011) and others. 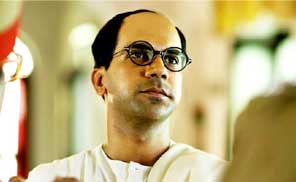 Rajkummar Rao has an acting career of almost 7 years. In such a short span of time, the actor has managed to win the National Film Award for Best Actor for his movie ‘Shahid’. His performance in ‘Trapped’ was applauded by one and all. The movie was undoubtedly a one-man show. Rao successfully proved that he can easily go mainstream with his role in ‘Bareilly Ki Barfi’. He played Subhash Chandra Bose in AltBalaji’s web series ‘Bose: Dead/Alive’. His performance in the series was outstanding. Therefore, 2017 has been a rollercoaster ride for Rajkummar Rao on the career front. Hence, it seems the actor is going to have an even better 2018 with some great projects in his kitty.

Akshay Kumar Opts out of this much awaited film, felt he was ignored