Shahid Kapoor has won the title of the Sexiest Asian Man. The good-looking actor has topped the list of the 50 Sexiest Asian Men, 2017. Shahid left behind pop star Zayn Malik who has been winning the title for the past two years. Moreover, Shahid’s good looks have left Hrithik Roshan behind at number two on the list. Therefore, singer Zayn Malik is third and actor Fawad Khan got the sixth position on the list.
However, the Padmavati actor is very generous and acknowledges the love and support of his fans. Shahid took time out to thank all his fans who voted for him. Therefore, Shahid Kapoor is surprised to have won the spot as he was ranked seventh last year.

“I would like to thank everyone who voted for me. I am humbled by the desirable tag and believe sexy is not only to do with the physical but as much to do with the mental perspective on life. This one is for all those fans who have loved and supported me.”

Other achievements by Shahid

However, Shahid Kapoor has evolved as an actor over the years. The actor has many super hit movies to his name. Therefore, he even won a Filmfare award for Best Male Debutant for his debut film, Ishq Vishk in 2003. Later, he won the Filmfare for the Best Actor Award for his amazing performance in Haider, in 2014. 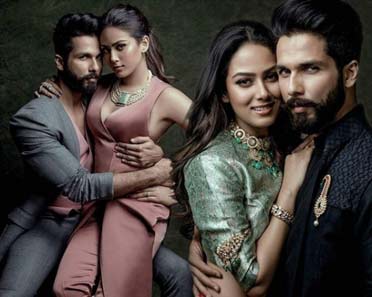 Therefore, Shahid is married to Mira Rajput. The couple has an adorable daughter, Misha. Hence, Shahid is awaiting the release of Padmavati opposite Deepika Padukone.