Deepika Padukone won the title of the sexiest Asian woman in 2016 leaving Priyanka Chopra behind. But Priyanka Chopra has reclaimed the title of the sexiest Asian woman in 2017. Our very own Piggy Chops is voted as the ‘Sexiest Asian Woman’. A London-based weekly newspaper Eastern Eye conducted a poll and PC tops the charts. This is for the fifth time the gorgeous actress has won the title. Therefore, among the list of ’50 Sexiest Asian Women’ Priyanka holds the first position. However, Deepika has come down to the third position in the list.
Priyanka Chopra took to her Instagram account to thank all those who voted for her. She wrote, “I cannot actually take credit for this at all. Full credit should be given to my genetics and your optics. I feel grateful and am humbled. Consistency is key.”

Other Achievements this year

This year was a rollercoaster ride for the Quantico actress with the release of her Hollywood debut Baywatch which also stars Dwayne Johnson. She also won the People’s Choice Award for her role in Quantico. Further, she went on to sign other big projects in the West. Moreover, the actress made heads turn with many stylish appearances at the red carpet (Met Gala, Academy Awards, Emmys). However, she even produced a Marathi movie, ‘Ventilator’ which won three National Awards.

All praises for the actress

Asjad Nazir, the entertainment editor of Easter Eye and founder of the ’50 Sexiest Asian Women’ was all praises for the actress. Further, He described Priyanka as the perfect combination of “beauty, brains, bravery and a kind heart”. He took to Twitter to congratulate the talented actress.
Asjad Nazir Tweeted- “Congratulations to @priyankachopra for topping Eastern Eye 50 Sexiest Asian Women list 2017 (for a record-breaking fifth time). For me your humility & being a global symbol for girl power is your sexiest quality.” 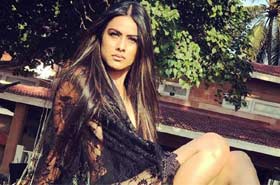 Therefore, Nia Sharma is very excited about her achievement. She took to Twitter to share her excitement.
She Tweeted– Wait.. what??? NoooooooNoooooo#maniacs you guys are sickkkkk!!!!
Moreover, Nia’s fans congratulated her and one of them wished her to be number one next time. Nia replied to her fan through a tweet.
She wrote– No.1 spot shall always belong to @priyankachopra .. for she leads .. she defines power and she’s PCirreplaceable.. insurmountable… badass..

Furthermore, the list consists of many other renowned names. Katrina Kaif, Shraddha Kapoor, and Gauhar Khan bagged the seventh, eighth and the ninth position respectively. However, the youngest among the lot is newcomer Shivangi Joshi who stars in ‘Yeh Rishta Kya Kehlata Hai’ on Star Plus. The 19-year-old actress bagged the 16th position. Hence, the most elegant diva, Sridevi has also found a place on the list of ’50 Sexiest Asian Women’.

10 little gestures that can help you strengthen your Relationship

National Meet being organised at the Chandigarh Press Club